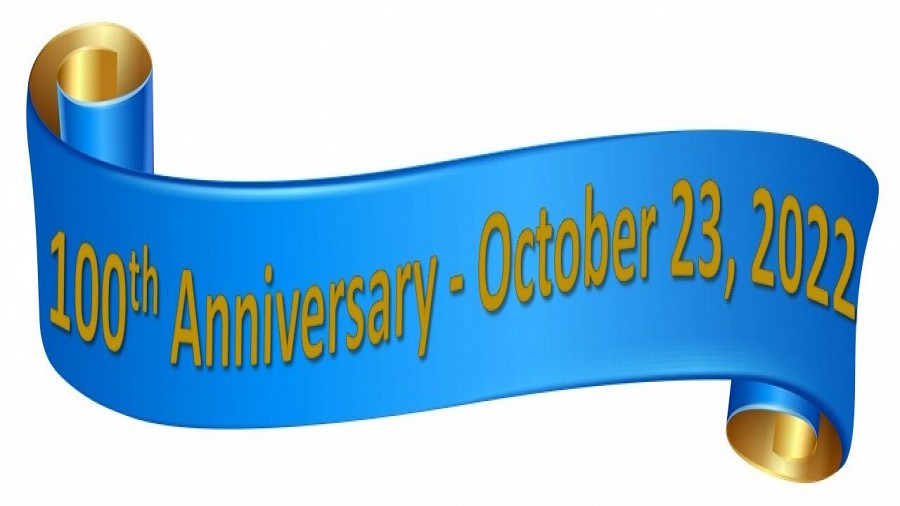 This year is our parish’s 100th anniversary and our centennial celebration includes several special events:

Lives of Ss. Peter and Paul Holy Apostles Peter and Paul are traditionally regarded as the leaders of the twelve Apostles of Jesus Christ.
Both St. Peter and St. Paul received their new names, indicating a new relationship with God. Simon the fisherman became known as Cephas (John 1:42), or Peter after confessing Jesus as the Son of God (Mt.16:18).

St Peter, the brother of St Andrew, was a fisherman on the sea of Galilee. He was married, and Christ healed his mother-in-law of a fever (Mt.8:14). He, with James and John, witnessed the most important miracles of the Savior's earthly life.

Despite his earlier recognition of Christ as the Son of God, he denied Him three times on the night before the Crucifixion. Therefore, after His Resurrection, the Lord asked Peter three times if he loved Him. Then He told Peter to feed His sheep (John 21:15-17).

After the descent of the Holy Spirit at Pentecost, St. Peter addressed the crowd (Acts 2:14), and performed many miracles in Christ's name. He baptized Cornelius, the first Gentile convert (Acts 10:48). He was cast into prison, but escaped with the help of an angel (Acts 5:19). St. Peter also traveled to many places in order to proclaim the Gospel message. He wrote two Epistles, which are part of the New Testament.

St. Peter was put to death in Rome during the reign of Nero. According to Tradition, he asked to be crucified upside down, since he did not feel worthy to die in the same manner as his Lord.

St. Paul was of the tribe of Benjamin, and lived in Tarsus in Cilicia. He once described himself as a Hebrew, an Israelite of the seed of Abraham (2 Cor. 11:22). He was also a Pharisee and a tent-maker (Acts 18:3) who had studied the Law with Gamaliel at Jerusalem.

At first, he was called Saul, and had persecuted the Church. He was present at the stoning of St. Stephen (Acts 7: 58). Then, on the road to Damascus, he was converted when Christ appeared to him. Blinded by the vision, he was healed when Ananias laid his hands on him. After his cure, he was baptized (Acts 9:18).

St. Paul is the greatest of the missionaries. He preached the Gospel in Greece, Asia Minor, and in Rome, and wrote fourteen Epistles. Tradition says that he was martyred in Rome about the year 68.